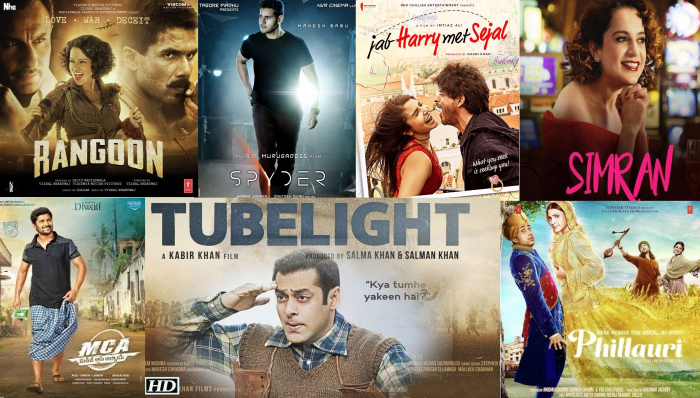 Half Girlfriend, Haseena Parkar, Raabta, Sarkar 3.. The list of terrible movies goes on. In 2017, Bollywood did produce some gems like Newton, Bareilly ki Barfi etc. but what audience all over the world see as Bollywood is that big Khan film or any big commercial/masala movie. That’s where Bollywood had a disaster this year. Except Badrinath ki Dulhania, Golmaal Again & Judwaa 2 (yes sadly) and Akshay Kumar’s films, none of the big budget movies worked.

But, more than a terrible movie like Half Girlfriend, it’s those films which have good team/actors or a good premise but fails to deliver that breaks our hearts. In that aspect, 2017 broke our hearts multiple times. But, it’s good in a way. Audience gave their verdict loud and clear. They are not gonna accept any shit even if you put the biggest star in the country in it. Few exceptions like Judwaa 2, Golmaal Again will continue to exist for a while.

So, here’s my list of those disappointing movies of 2017. Some of these are outright terrible and others failed to take off after a good start. 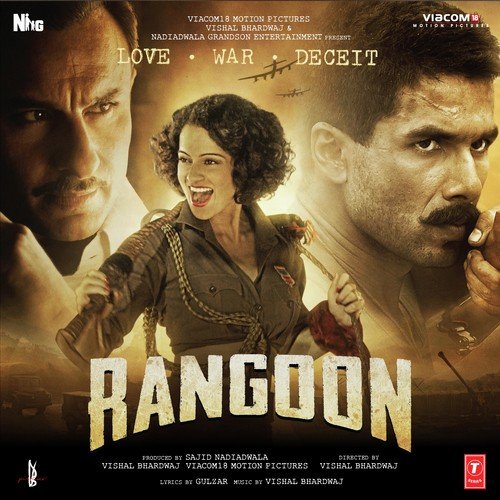 After Rangoon, I remembered Shahrukh’s dialogue from Chak de India – “Sattar Minute..” Here it’s 20 minutes.. That’s what it took for Rangoon to fall apart. When Vishal Bharadwaj almost became Rohit Shetty in the climax resulted in an epic fall of this epic love saga set in 1940’s. Kangana has to be appreciated though. From comedy to deep emotions and heroic acts.. She did pretty much everything. Also, the ambition of Vishal in setting up this love saga in freedom movement time, his excellent music and the good technical team needs a special mention. 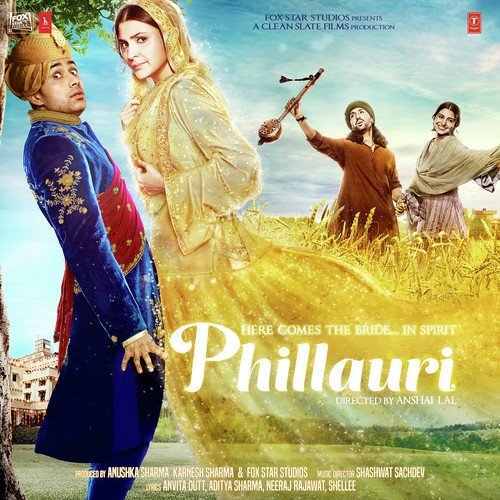 Started off well, Phillauri got tiring before it went to the flashback where Diljit & Anushka were established as the iconic lovers like Heer-Ranjha, Romeo-Juliet etc. Despite good performances from all actors, Phillauri was stretched too much that the magic was lost quickly and that last act didn’t help any further to make things better. 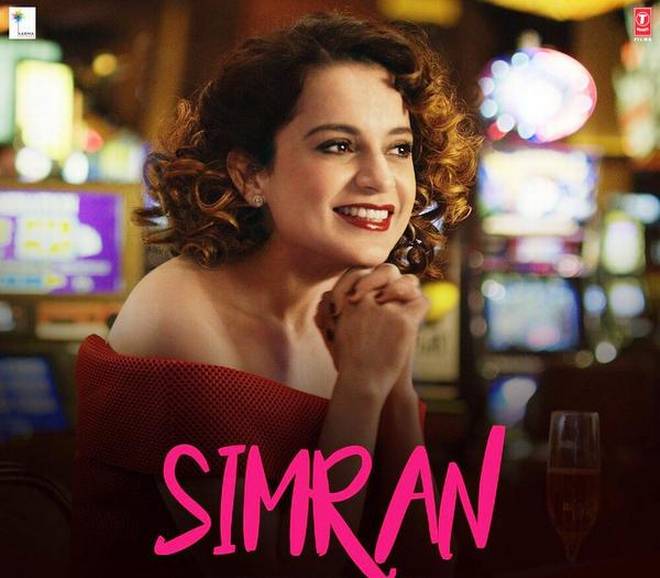 Simran started out well. First half was entertaining because Kangana was at the top of her game with her comedy skills. It’s the second half and the confused path of Praful’s character that made Simran silly after a point. 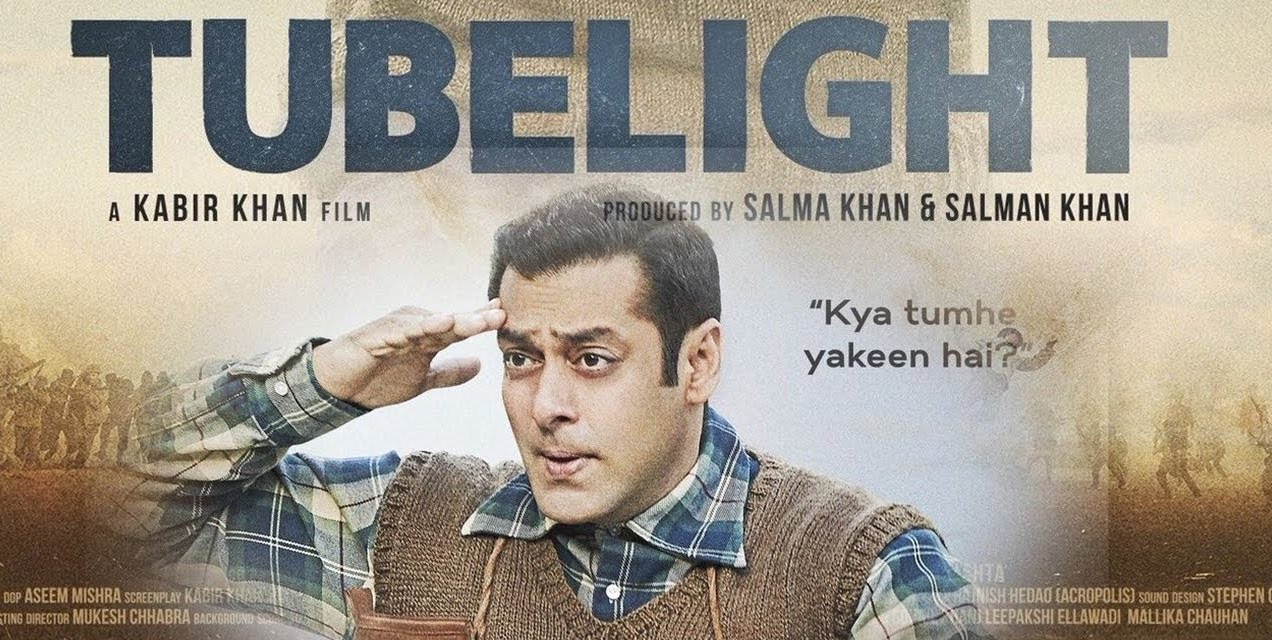 Coming from Kabir Khan and Salman after Bajrangi Bhaijaan (which is the only Bhai film I loved), I expected this movie to be somewhere close to that. It sadly turned out to be an exhausting theatrical experience. As a whole, it lacked soul which Bajrangi Bhaijaan had. On a side note, whoever thought Salman could play a late 20’s/ early 30’s guy convincingly deserves an award! 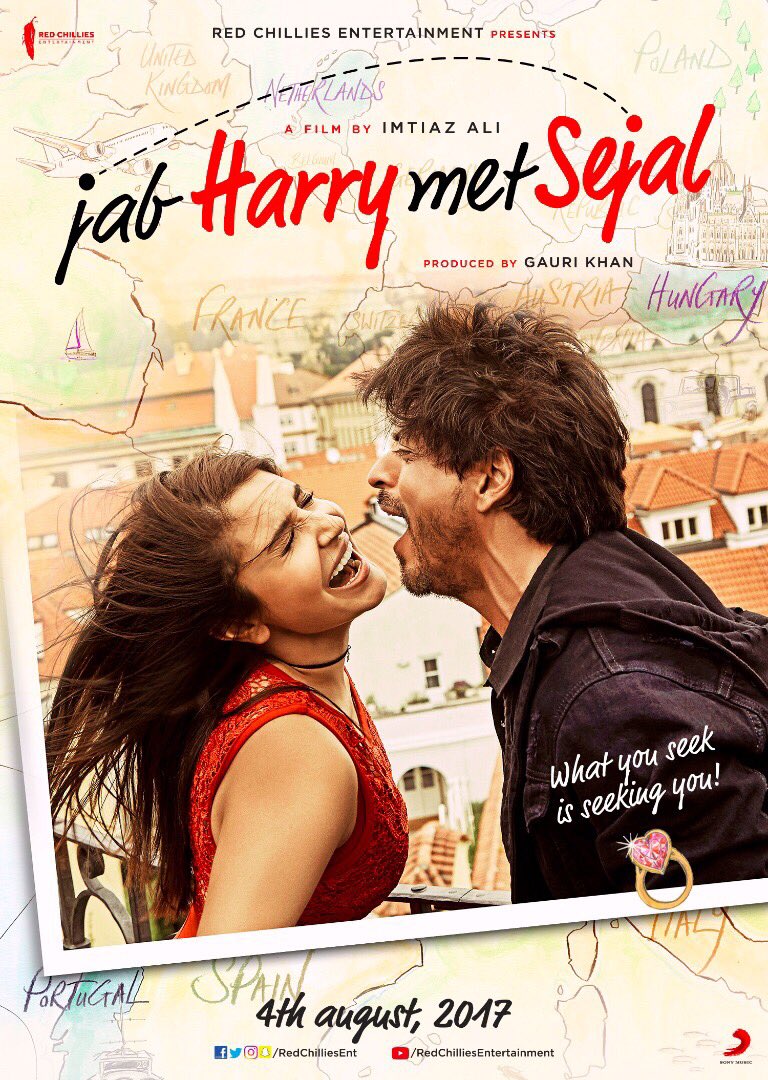 This one is genuinely heart breaking. I wish Imtiaz saved that heart break for the film like Rockstar. Baadshah of Romance teamed up with a filmmaker who showed the best of modern age romance. You’d expect the result to be no less than a magical film. But this one is far, far away from that. The most disappointing film of 2017.

Luckily, Telugu cinema had only few shocking disappointments unlike recent past. With the entry of new age filmmakers, there was fresh and interesting content every few weeks. It’s the senior actors and directors who should get the alarming call from the audience and react to it accordingly. We just started coming out of the masala films zone we are famous for and making movies like Ghazi, Arjun Reddy, PSV Garuda Vega etc.

Some of the disappointments of Telugu cinema in 2017 : 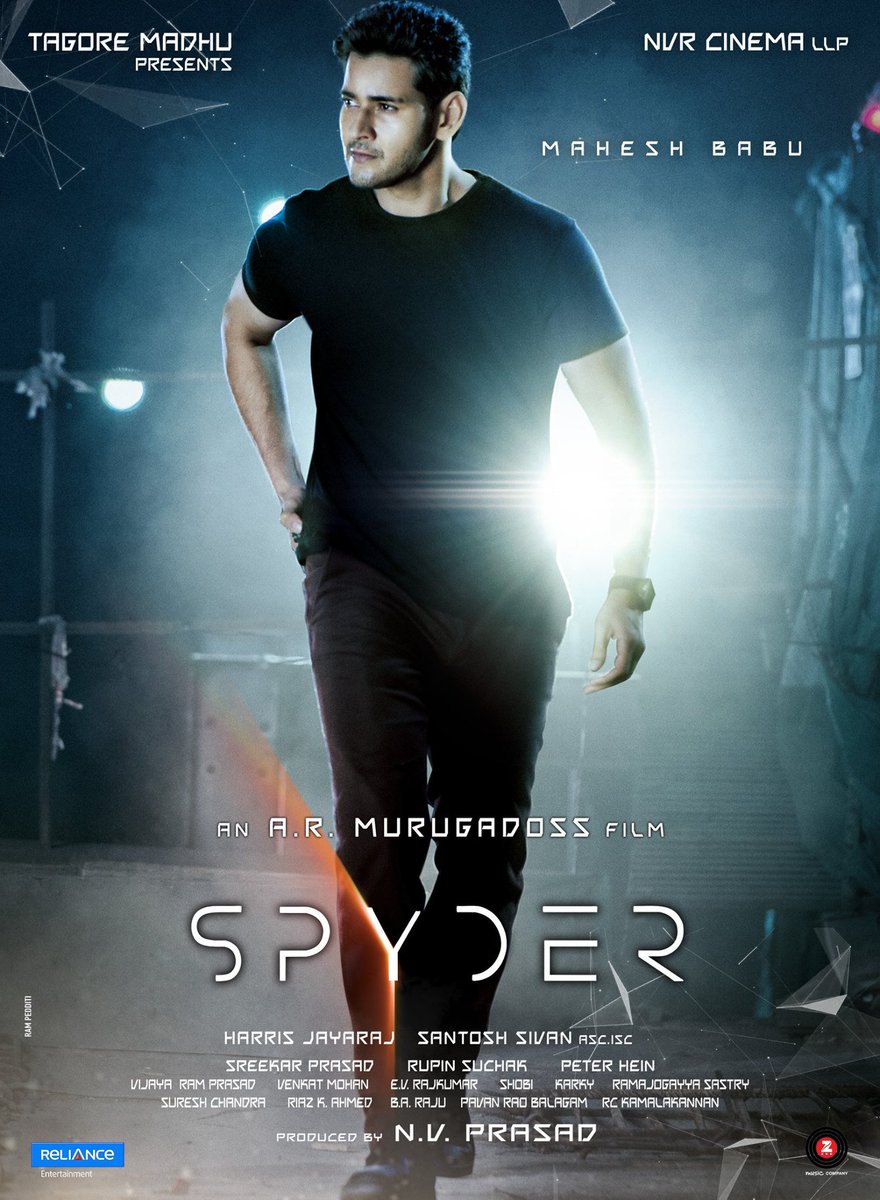 From Pokiri to Spyder, Mahesh’s career is interesting and kinda scary for him. His films either turned out to be blockbusters or disasters. Rarely a film came off as an average one. I’d say Spyder is one of those few average films. It’s the weak writing that let Spyder down despite strong performances by Mahesh & S.J. Surya. The team promised to deliver brilliant visuals and great cinematic experience but failed to get the technical brilliance because of tacky visual effects. 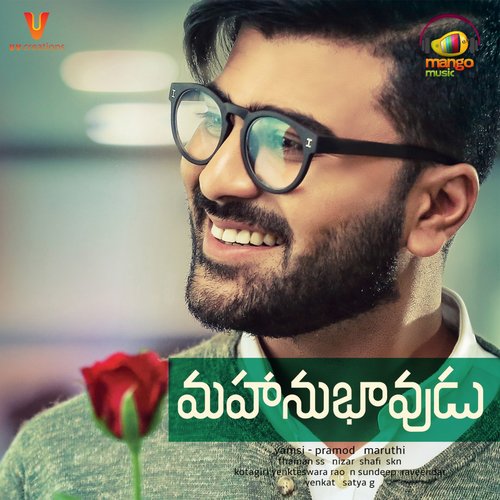 This one by Maruti had an interesting, funny premise but it failed to build on it and the constant references of Bhale Bhale Magadivoy (coincidentally Maruti’s film) after a point were irritating. 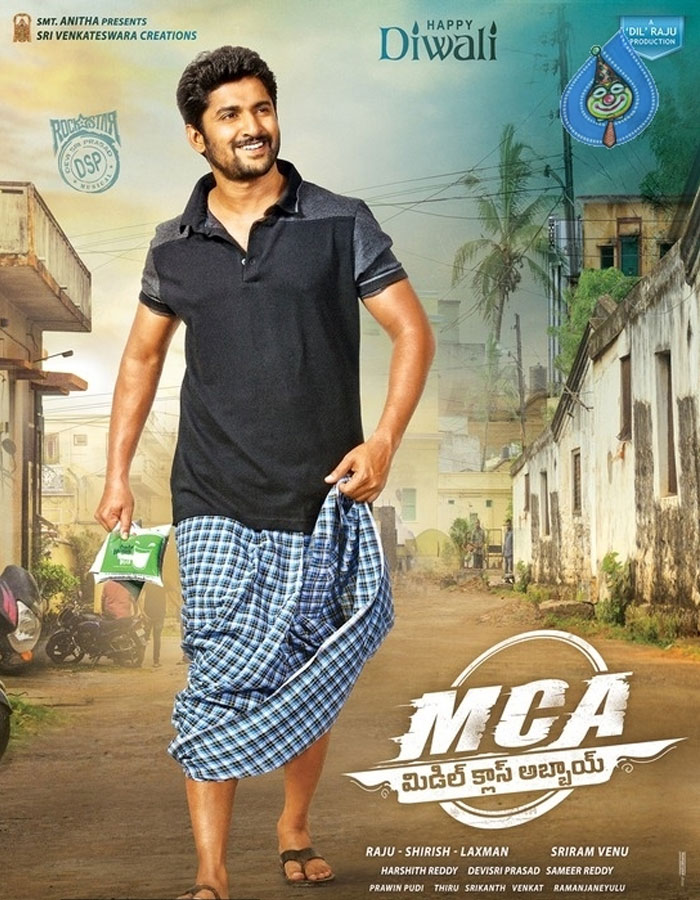 Coming from Nani after Ninnu Kori, Sai Pallavi after Fidaa, this film was no where close to those two and to say it’s terrible would still be an understatement. Absolute waste of talent from the actors. Request to them – Please don’t take audience for granted.

There are few films which were not totally disappointing but left me feeling bad that they could’ve been much more than they were. Some of them had great actors and one of them had a great vision/ambition from the makers. 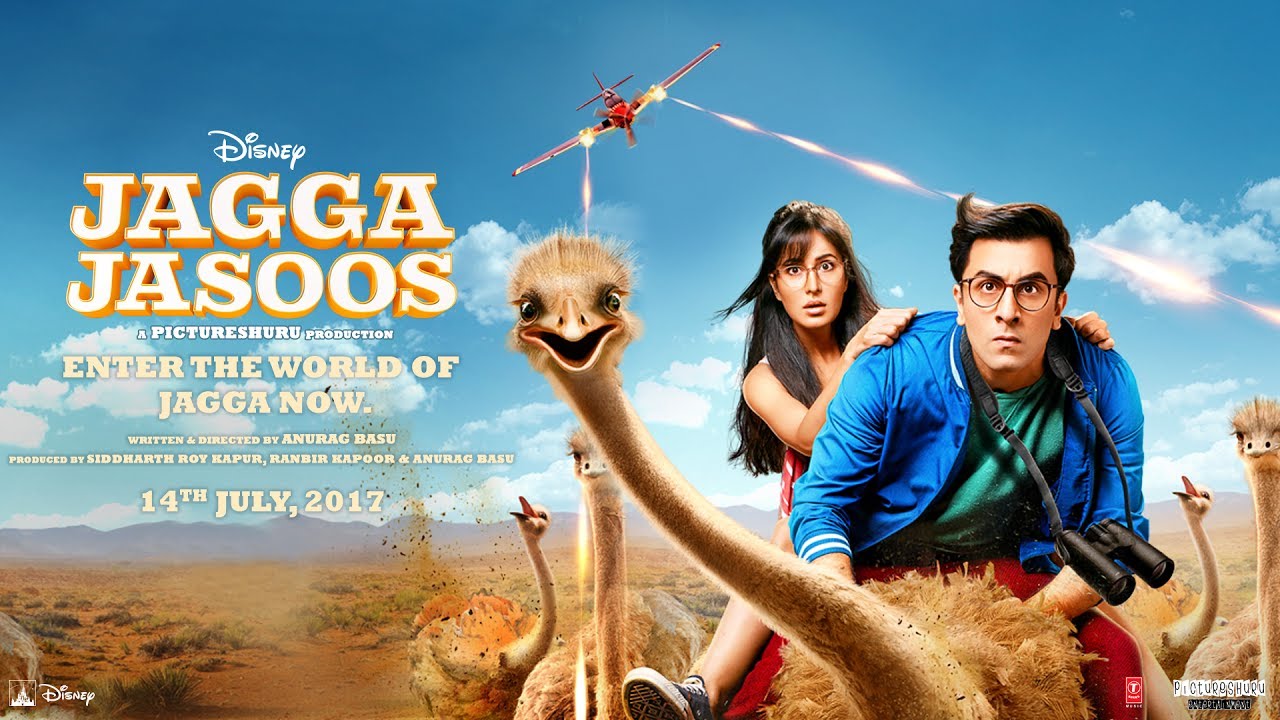 When I first watched it, I was hugely disappointed. I went in expecting nothing less than a Barfi. But now if I look back at Jagga Jasoos, the musical approach and some quirky portions still feels fresh and good. Especially that “Sab khana kha ke daaru pee ke chale gaye”, Jagga’s initial adventures, Ranbir’s excellent performance as usual and great visuals by Ravi Varman are good things about Jagga Jasoos. Basu must be appreciated for this ambitious project and his vision. If not for the weak leading lady and the execution, Jagga Jasoos would’ve been a magical ride. It still works for the kid in me but we all act like adults with all responsibities, don’t we?

Give me whatever abuses you want. But as a huge admirer of Megastar Chiranjeevi, I wanted him to come back in a much better film. Yes, he’s the best thing in the film. But the over commercialising of a story like Kaththi with few unnecessary songs and Brahmanandam track felt like watching a film made 5 years back. But the experience of watching Khaidi No. 150 in a theatre full of fans was pure madness and cannot be matched with anything else. I’m sure Chiranjeevi garu will show us his vintage best with Sye raa Narasimha Reddy.

Just for Jai as a character and Tarak’s acting in three roles, this film was worth watching once. But, is that just enough for an actor of high caliber like Tarak? He tried to reinvent himself starting with Temper followed by Nannaku Prematho. Irrespective of the result of those films, there’s something new he tried with each film. In Jai Lava Kusa, the triple role. But I wish he got some meaty script to add more value to the effort he put in as an actor than a typical commerical/masala film.